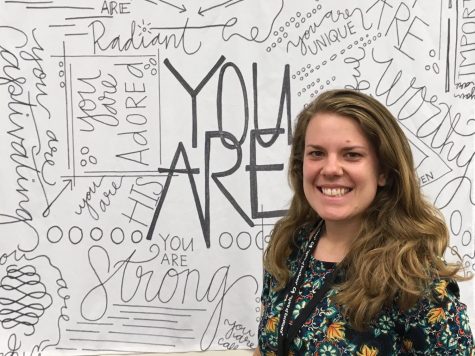 She was born in Chattanooga but grew up in Pennsylvania.
She has a younger sister named Hannah.
She attended Blue Mountain Academy where she was the SA Vice President for village students (Village Vice).

She was involved in her academy’s drama team.
Although she always knew she wanted to pursue a writing career, her high school English teacher, whom she also worked for, inspired her to become a teacher.

Public speaking is one of her strengths.
She always pictured herself attending Southern Adventist University but ended up graduating from Union College in Lincoln, Nebraska.

She worked with Mrs. Foster at Laurel Lake Camp. Mrs. Foster told her that she would really like one of the new staff members named Ryan, which she adamantly objected to. She and Ryan Renslow are now happily married.

The first school she taught at, Redwood Adventist Academy, burned down in a wildfire.
She got caught in a donkey stampede while riding a donkey up a mountain on a Greek island.